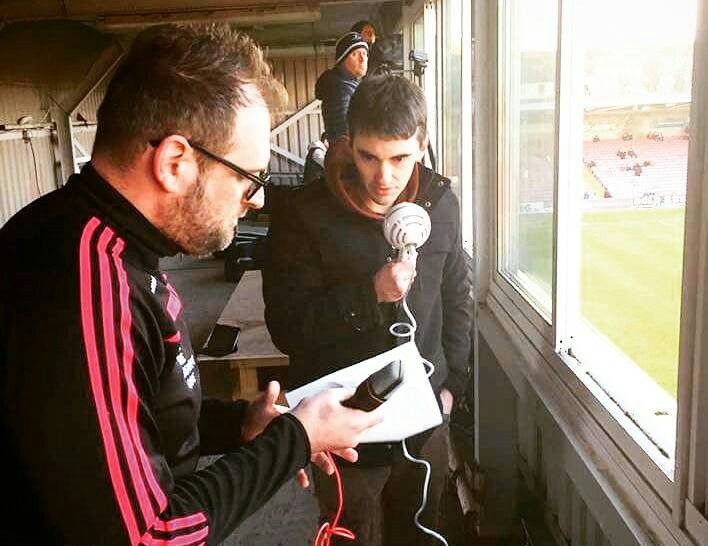 Outside of his full-time job in finance, Ronan McCarthy is a media officer for Wexford FC, a club that competes within the Airtricity League of Ireland First Division.

He chats to Mixlr about the ease of commentating solo with the mobile app, and shares tips for first-time broadcasters.

Can you tell us a bit more about the club and how you got involved? 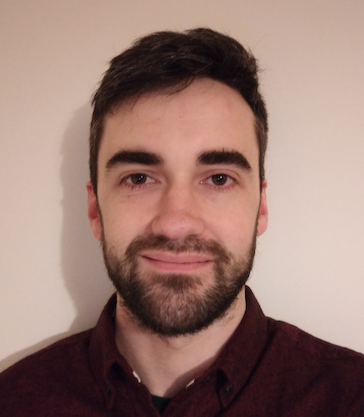 Wexford FC is a small club, founded in 2007 as Wexford Youths and is 100% run by volunteers — all willing fans.

When I’m broadcasting solo, I usually don’t need my laptop and microphones, just my smartphone, and set up for that takes no time at all.

I was approached a couple years into the club’s existence to help write the match programme, and since then I’ve been involved in more and more jobs, from covering matches for social media, writing newspaper articles, interviewing players, club statements — anything that we can dream up to promote our club.

Now, I spend most of my evenings and weekends working on the club’s social media and website, media activities on match days and any other jobs that might arise in running Wexford FC.

What led the football club to start broadcasting?

It was so well appreciated by fans in Ireland and abroad to have a channel to listen to every week.

When Wexford was promoted to the Premier Division in 2016, the volunteers on the media team met to discuss what we could do to increase our presence on social media. Then, one of us suggested the idea of commentating games live — it had actually been my dream as a child to be a football commentator, so I jumped at the chance to take on this project. I found Mixlr to be a perfect fit for what we wanted to do with the hardware that was available to us.

What do you remember from your first-ever broadcast?

There’s nothing wrong with just using the phone app if you want a simpler way to broadcast.

Another media officer and I commentated the first home game of our season in the Premier Division. Looking back, we were pretty under prepared. Apart from one dry-run at home, we turned up with my laptop and two microphones, but not much of a plan!

Week by week, we got more familiar with our equipment and how we wanted to sound online. Our fans — and the fans of other clubs who listened in — responded incredibly well to our little operation.

One thing I wish I’d known then is how much it helps to know how to set up your microphone, if you’re going to use one .  And there’s nothing wrong with just using the phone app if you want a simpler way to broadcast.

Tools like Mixlr enable everyone to get a chance to have their take on the beautiful game.

The only other thing I’d tell myself is: don’t be shy! Sometimes I broadcast matches with very small numbers of people at them. Strangely, it’s a lot harder to stand up and commentate when there’s 50 people in a stand compared to 5,000! But if you’re a broadcaster, you can’t worry about being embarrassed, you just have to do it.

What difference has sports commentating made for your club and its supporters?

Back in 2016, there was very little live coverage, if any, of the league. It was so well appreciated by fans in Ireland and abroad to have a channel to listen to every week. They were more than happy to put up with our initial teething problems with getting microphones to sound right, and they loved the style of our delivery — we were always a lot more passionate and a lot less stiff than the occasional game covered by the big national TV broadcaster.

We could really bring our own personality and style to the broadcast without any fear — if we wanted to scream “GOOOOOAAAAL!” or do anything else, we could do it. Not all commentators have to be like Sky Sports — being an online football commentator means you can create your own completely fresh style of football coverage.

For fans who regularly attend every match, the addition of live broadcasting gives the games a real novelty element and the sense that the club is trying new and exciting things. It’s also a morale boost to all volunteers.

Nowadays more Irish clubs are streaming their games live, and I think it’s absolutely fantastic for fans to have a great selection every week of different channels and matches to choose from — a really vibrant selection of commentators with their own style and different guests. Tools like Mixlr enable everyone to get a chance to have their take on the beautiful game.

What’s something interesting you’ve learned about yourself since picking up the mic (or the app)?

These days I mostly commentate solo, and the phone app makes that very simple. I can just turn up with my phone and start up wherever I want.

Initially I found it tough to carry a broadcast on my own for 90 minutes, but after a few tries it’s no problem at all. I’m ordinarily a very shy person — everyone at my football club knows that — but there’s something about commentating that really lets me come out of my shell.

Can you walk us through your typical day on game day?

I have a few other responsibilities as club media officer — sometimes I’ll help organize the team sheets, or deliver the match programmes for sale, but when I’m broadcasting with my laptop and microphones, I’ll turn up very early and get my gear set up. I’ll do a soundcheck, and make sure to tweet a good few times that day that there’s a broadcast coming up.

When I’m broadcasting solo, I usually don’t need my laptop and microphones, just my smartphone, and set up for that takes no time at all.

What’s the most memorable match you’ve ever witnessed?

Unfortunately, my most memorable match wasn’t a happy result for my club. At the end of 2016, we were in a relegation playoff.

I had gotten an opposition supporter to join me on the broadcast, and as it happened, we were defeated 3–0.

It was very tough night for the club as a whole, but the massive number of listeners was a big boost. It was even featured on a major national radio station, which was a big source of pride for me at a time when my club had suffered a very painful defeat.

What do you love most about your club?

Working in football has let me achieve so many things that would otherwise never be possible. If I didn’t work for Wexford FC, I never would have been given a chance to commentate a football game live for thousands of people. It might sound shallow, but I never would have gotten the buzz from the very rare occasion that someone I don’t know passes me at a match or on the street who has heard my commentaries and tells me they’re good. That gives me such a boost and drives me to keep doing what I’m doing.

Working for Wexford FC has also brought me to parts of the world and sides of football I’d never see otherwise — the Football Association of Ireland (FAI) took me on a trip to Arsenal Women FC and Reading FC Women where we learned about all aspects of running a women’s football club in England and insight into their social media strategies. And, this year I will be travelling to Lithuania with my club for the UEFA Women’s Champions League — I have every intention to keep working in football and see where else it can take me!

Any parting words of advice for budding commentators?

If you’re feeling inspired and want to release your sounds into the world, get in touch!